Algarve riding in the December Sun

The final week of 2016 and the final kilometers of the year have to be memorable, Algarve riding in the December has clinched the deal.  No structure, reason, plan, heart rate, route, effort, in fact I guess the only thing it had in common with the other 51 weeks of the year was that we were on our bike and it was great! 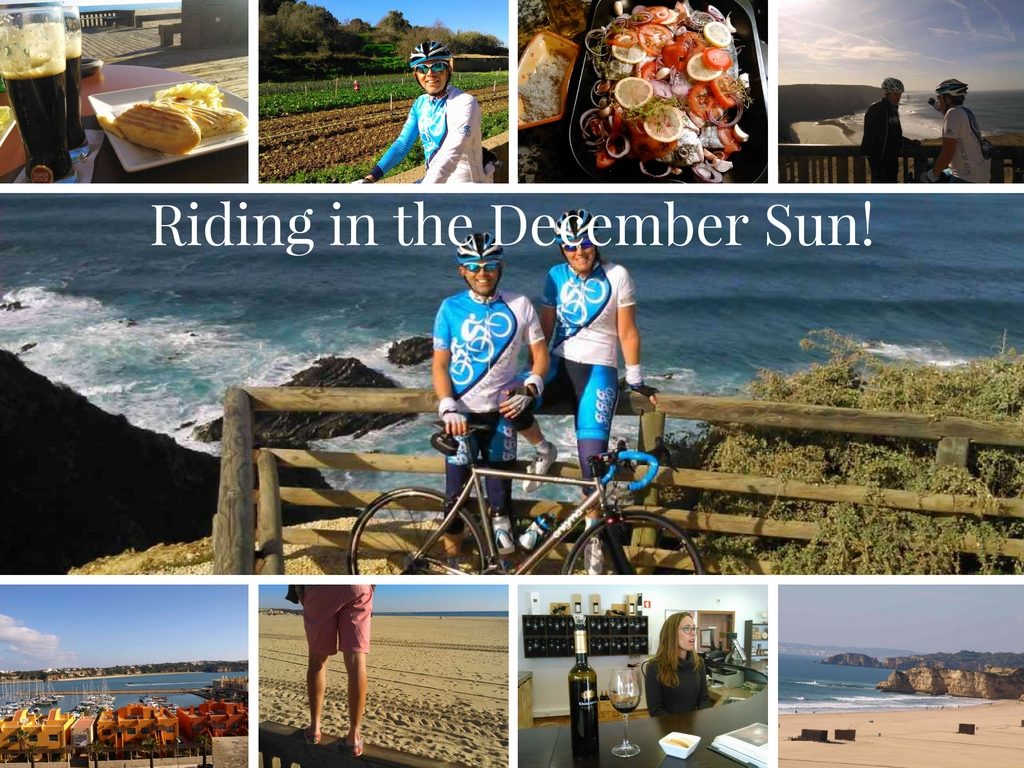 I guess when we’re talking about riding in the December sun, you probably think PB are back in Adelaide Australia soaking up the summer rays down under, turning the pedals at 5.30 (am) and sun screened for UV 8… well not yet anyway!

We thought Cycling Santa had forgotten us, with no chimney it’s easy to understand why the International post burdened with all the cycling components moving around the universe. How great it was when the Praia da Rocha postie flagged us down before we could get out of town with our package…chocolate and pudding was going to make for a festive season.  One more thing about that Santa guy he certainly gets about, okay we normally expect to see him hanging off apartment balconies, sitting on roof tops or stuck in shop windows. But sitting amongst the brussel sprouts and the rest of the veggie patch as we headed into the nature of the Algarve was a first!!! 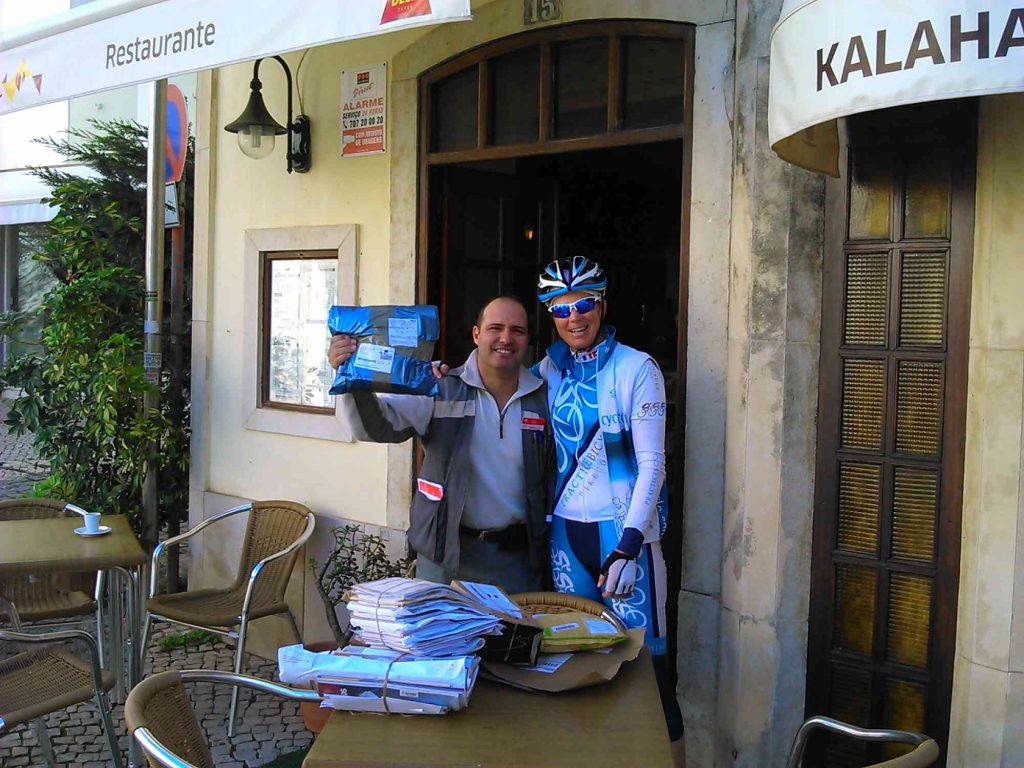 We were by the beach at Arrifana before we knew it and it probably sounds crazy and goes against all common sense to be riding your bike the last week of 2016 in Europe and baring your legs!  That’s right, working on the sun tan already with a perfect blue sky, 20c temperature, chocolate crepes & coffee for breakfast no wonder Algarve riding is one of our best kept secrets.

With the bike ride using less energy than ‘pequeno almoço’ and without thought of the damage to the finally tuned cycling muscles, what could be better than a walk in the sand and another snack as the sun is dropping into the Atlantic Ocean to end a perfect winter cycling day in the Algarve. 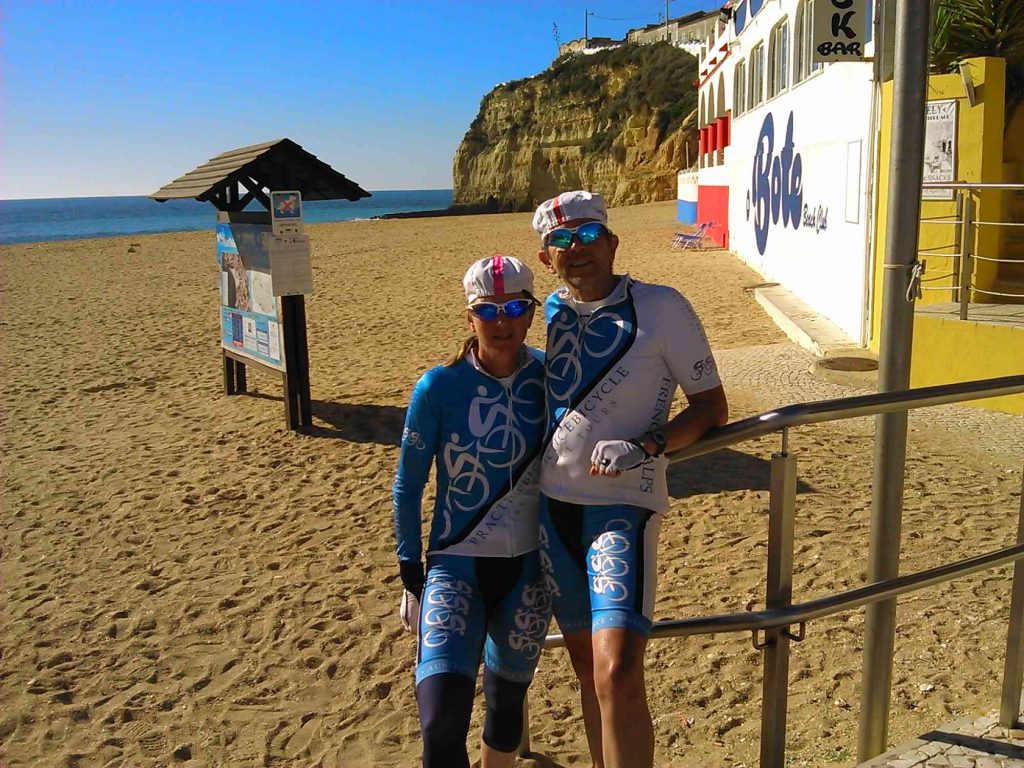